All Categories » Moom
Why doesn't Moom work with the Opera browser?
Last Updated 5 years ago

Moom actually does work with Opera, but in a slightly off-target way. (Yes, I totally stole that from the FAQ entry for Moom and Day One.) Depending on how you configure Opera, you'll have to hover in spots that aren't exactly on the green button.

In default mode, where Opera shows three side-by-side buttons, you have to hover just slightly above the green button to see Moom's pop-up palette: 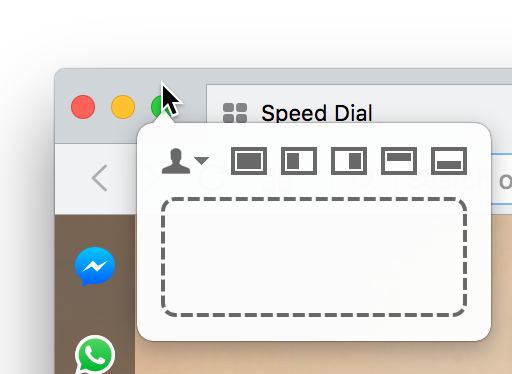 If you've set Opera (in its General preferences) to use a narrow sidebar, which causes the buttons to display vertically, then you have to hover just above the close widget for the leftmost open tab: 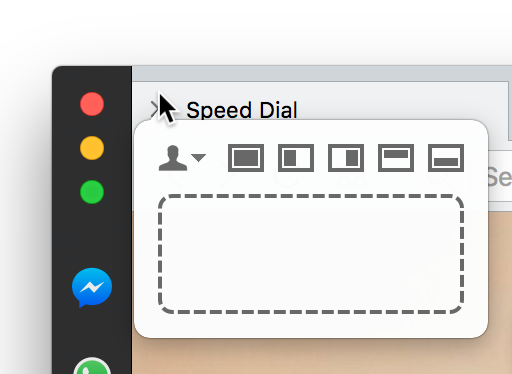 In case you're wondering why this is the case, it's because Opera's visible window control buttons aren't the macOS default window control buttons. Behind their self-created visible buttons, Opera has added invisible "real" buttons, so that Opera can respond to requests via the Accessibility API, which is how Moom (and many other apps) work. Unfortunately, those buttons (at least the green one) aren't lined up with the visible buttons, leading to the required off-target hover.

Powered by osTicket. Copyright © 2022 Many Tricks. All rights reserved.