The built-in macOS app switcher is great if all you use are one-window applications. But you probably have many windows open in many apps, possibly with many tabs, and navigating them all is a pain. Enter Witch, with which you can switch everythingâ¦ 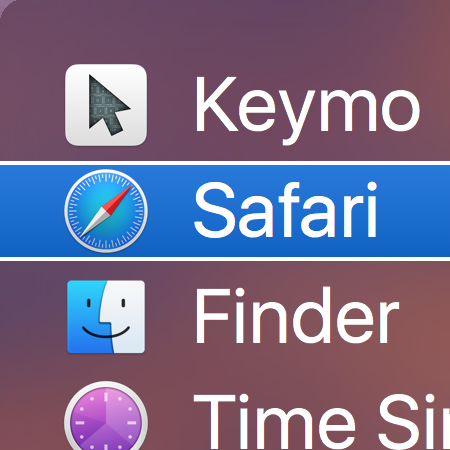 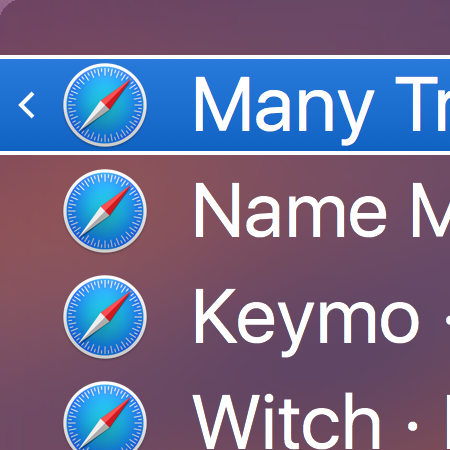 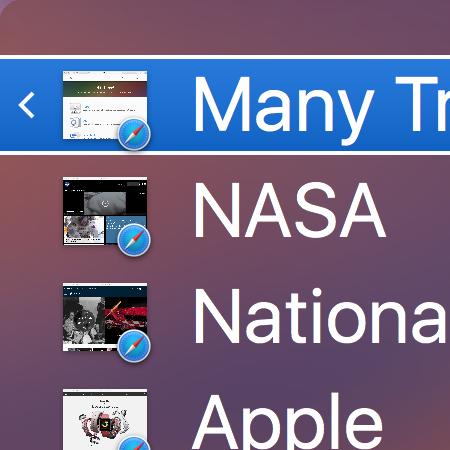 Can't decide whether you'd like to switch apps, windows, or tabs? With Witch, you don't have to decide; you can have as many switchers as you like.

Every switcher's actionsâincluding sort order, orientation, and tab handlingâcan be customized to suit your needs.

Unlike the built-in macOS app switcher, Witch isn't locked to one layout. As demonstrated in the splash movie, it can be set up horizontally, to mimic the built-in app switcher. Or it can also be used vertically, as seen in the above screenshots. But Witch has one more layout option: Menu bar mode.

Any Witch switcher can also (or only) be shown in your menu bar by checking the "Show in menu bar" box on any defined Witch action.

Seek and Ye Shall Find

In addition to traditional "see target, select target, activate target" switching, Witch supports search-based switching. Activate the search field and start typingâWitch will thin the list of matching targets in real time, making it simple to select just the app or window or tab that you want to activate. 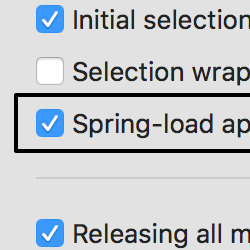 Spring-load lets Witch do the work for you. Once enabled on the Advanced tab, Witch will automatically drill down and show the selected app's windows and/or tabs after the specified delay period. 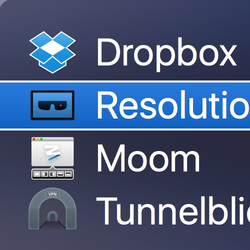 Switch to accessory apps when they have standard windows open, e.g. our own Moom's preferences window when it's run in menu bar mode. These are typically invisible to the built-in application switcher. 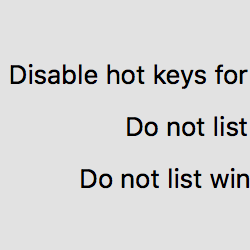 Control Witch's powers by disabling its hot keys in certain apps, by excluding apps from its switcher, and by hiding unwanted windowsâyour graphic app's tools palette, for instanceâfrom the switcher.

Plus much more: Set the panel's colors and fonts; define where the panel will appear; act on windows via keyboard shortcuts (H for hide, M for minimize, etc.); and so much more. Give it a test drive now and see all Witch's switching tricks for yourself.

Witch 4.3.8 requires macOS 10.10 "Yosemite" or newer. You can try it for free. The release notes are an interesting read. If you feel like talking to fellow users, there's a dedicated discussion group. Owners of a Witch 3 license can upgrade to Witch 4 at a discount. And for the nostalgically inclined, you can still download older versions of Witch.

Copyright © 2021 Many Tricks. All rights reserved.